Riding on Carousels and Ocean Gyres

I had a little fun Friday with a television expert appearance, helping people understand a little mystery – what might have happened to a real estate sign from New Jersey that was found on a French beach.  The story was mostly already formed, being in the news cycle for nearly a day already, but CBS New York just wanted to hear some expert opinion on the sign’s possible trek and the ocean science to explain it.

Never one to turn down an opportunity to get my little academic institution’s name in the news, I took on the treacherous task! 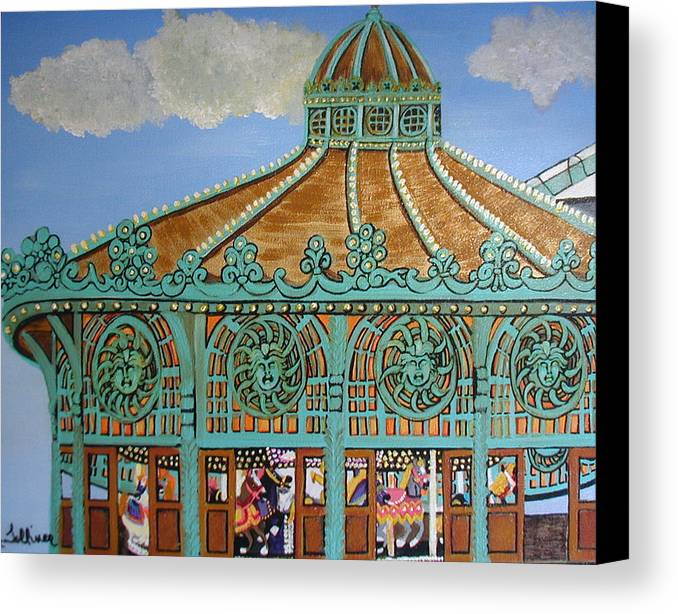 The sign was lost during Hurricane Sandy, and as it was made of plastic it floated flat just at the surface, making a perfect drifter to follow the ocean currents.  The main question Vanessa Murdoch had was:  Why would the sign take 5.5 years to cross the Atlantic?

The average flow of surface water in the world’s oceans is called the “wind-driven circulation”, and in the North Atlantic this is a clockwise circular pathway called a Gyre. Winds at our latitude tend to travel on average from west to east, whereas in the tropics north of the equator, the trade winds blow from east to west.  Add in Earth’s rotation (via the Coriolis Force) and you get a circulation pattern which is clockwise around the North Atlantic.

Of course, I pointed out that in Jersey Shore terminology, one might think of it as a Carousel or merry-go-round.  A ride around the gyre is known to take about 3.3 years – this stat comes from a fun oceanographer I’ve met before who is famous for tracking and studying floating ocean debris, Curtis Ebbesmeyer.

Nobody can know for certain the exact path followed by the sign, but if it hopped on this carousel and took this typical or average pathway and speed, we can say its likely that it completed one round trip — crossing the Atlantic and back again, and then back across!  In the 5.5 years since Sandy, there would be time for 1.5 trips around the carousel, or three Atlantic crossings.

The Gulf Stream is generally a very reliable current, though the rest of the gyre is less so — mariners discovered these currents centuries ago and often used them successfully for navigation.  That is because these gyre currents don’t rely on local weather and winds, they rely on large scale average weather, or climate, to drive them.

Read the story and see the news clip for yourself – http://newyork.cbslocal.com/2018/06/01/nj-sign-found-in-france-update/